Jackie Chamoun, a Lebanese skier, has left her mark in the world of social media. After risqué photos of her were leaked onto the internet a whole social media campaign has started around her actions. #stripforjackie is a new social media campaign that has others taking off their clothes to support Chamoun and her choices. Three years ago, Jack Chamoun posed practically nude at a popular ski resort for an Austrian calendar. In one of the photos, her chest is covered by skis but their are others that show a more exposed Jackie. Upon the release of these photos, an investigation was launched by the Lebanese minister for sports and youth on the Lebanese Olympic Committee. Lebanese culture is one that is very conservative so these photos might have been a shock to many yet, there is evidence of other times Lebanese women have posed in a not so conservative way for publications such as Playboy Magazine.

Due to the commotion lebenease officials are making over the photo shoot, many choose to show their support for Chamoun by taking off their own clothes and “Stripping for Jackie”. The official name of the campaign is “I am not naked” and in the pictures taken by many people, they are holding a sign with the hashtag “strip for jackie” that cover up the parts of their bodies they wish to have unseen.

After reading many articles about the campaign, I believe the goal is to show that just because someone has a risqué photo shoot it doesn’t mean they are a bad person or that it makes them any less of a good athlete. A lot of people are also jumping to the idea of censorship in their country and this campaign addresses the issues. I found a quote on one of the websites I was looking at and I think it’s a good summary of a goal they have for this campaign. “Some women are beaten or killed, others are raped, and the media shifts their attention to a confident talented beautiful woman who represents her country at the Olympic games. This is about telling our “peers” to set their priorities straight. This is to fight censorship. This is for freedom.” this quote also showed me that there are pictures being post to stand up against domestic violence as well, so this campaign is being taken in a few different directions.

I think the hashtag is catchy, it has the word strip in it which can capture someone’s attention almost immediately because “stripping” is not something of any cultures norm. I also think that attaching a visual element onto the post makes it effective as well. It can say a lot more than the words can because a person who has the courage to show themselves in front of a camera AND online in front of everyone is very bold. 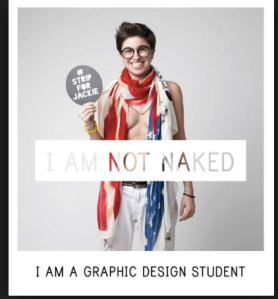 Now, my question is, would people in America do the same for an olympian who took risqué photos or would we be quick to assume the worst of them?

Lebanese Olympic skier Jackie Chamoun has come under fire by the Lebanese Minister for Sports and Youth recently after some racy images of her surfaced in the last couple of weeks. The images show the athlete naked on top of a snowy mountain wearing nothing but some underwear bottoms and some strategic covering. 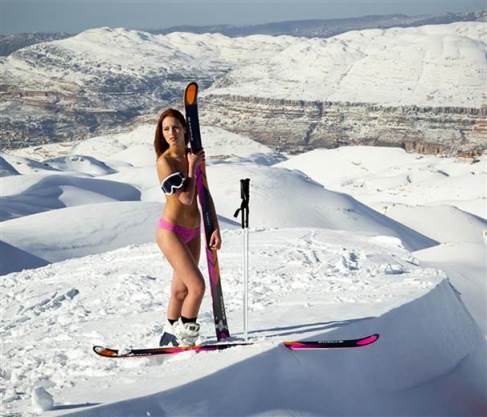 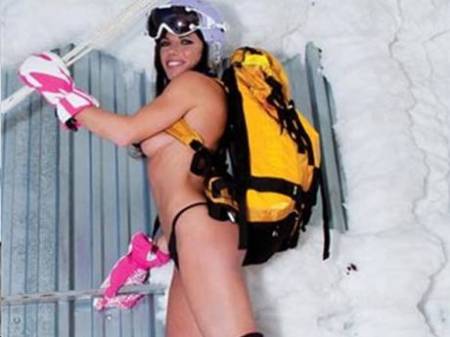 The photoshoot in question actually took place three years ago and was used in an Austrian calendar where Jackie appeared along with some other athletes. Jackie took to her Facebook to clear the air, stating that the images that are currently surfacing were not actually used in the calendar and were behind the scenes photos that were not supposed to go public.

Unfortunately for Ms. Chamoun, they did.

Fortunately for her, however, the Internet stepped up to defend her, creating the hashtag #StripForJackie on Twitter and creating an “I Am Not Naked” Facebook page. Many people have posted photos of themselves in their birthday suits to show their support for Jackie. 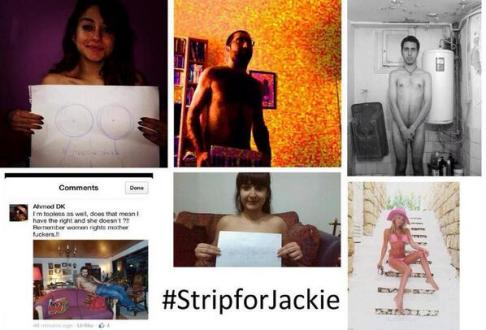 Even some Lebanese brands posted photos to show their support of Jackie Chamoun. Almaza Beer proudly stripped down their bottle for the Olympic athlete. 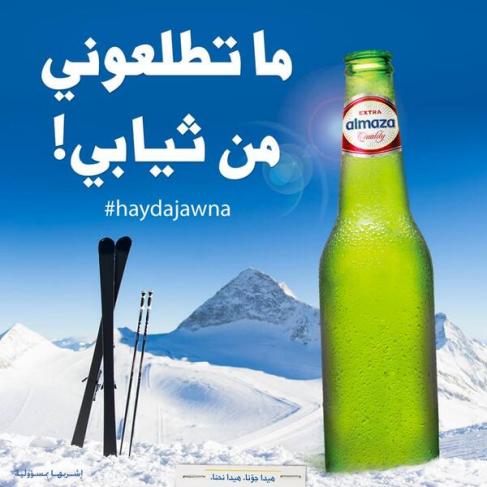 Alrifai Roastery proudly displayed their nuts in a show of solidarity for the Lebanese athlete. 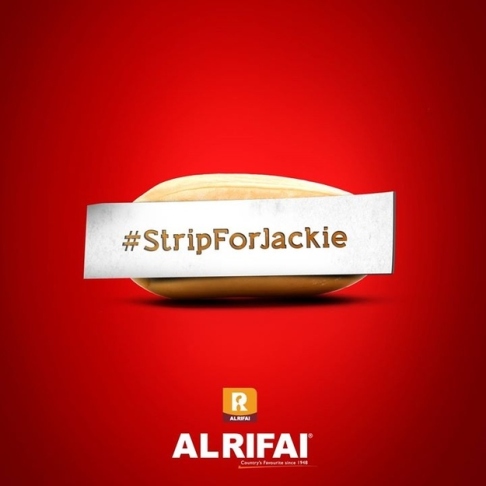 Jackie posted an apology to her Facebook page saying,

“I know that Lebanon is a conservative country and this is not the image that reflects our culture. I fully understand if you want to criticize this.”

Should Jackie Chamoun have had to apologize for the photos? Was a Facebook post the appropriate place to do it?